I’m struggling lately y’all, and I can’t even explain why. My teeth are clenched, my neck and shoulders are tense, and I’m just out of sorts. It was a tough weekend here with Hurricane Matthew and with all the other stuff going on around me, I keep finding myself anxious and overwhelmed.

I’m reaching up and out to invite God to calm my spirit, but it’s tougher than I want it to be, because my focus keeps wandering from the One who calms my spirit to the chaos I see playing out in front of me.

Why is it so easy to forget where our help comes from, when we know the One who knows our name?

In the midst of our fear and desperation, we frantically look around trying to find something, anything, that will fix our specific brand of misery, and we get lost in the chaos, losing sight of who God is because we focus on everything but Him.

We surrender the spaces in our hearts and minds to our pain and our fear, and our faith is forced to the forgotten recesses.

It’s a miserable place to be, where my soul is worn and my heart cries for peace.

But in the moment I bring my focus back to the One who guards my soul, before I can utter a word, He hears my cry and His Truth whispers to my weary soul.

And just like that, His Light invades the darkness, and my faith bursts forth from the recesses, driving out my fears.

What an amazing Jesus we serve.

Lord, thank you for hearing the cries of my heart, though they be silent. Thank you for Your Word that speaks life to my weary soul. I love You, Jesus. Amen.

We love stories of hope and triumph.

We love hearing from women who have struggled to have children for years whose prayers are miraculously answered when they find themselves with arms and hearts full to overflowing with bundles of joy.

These stories warm our hearts and renew our hope.

But as much as we love these stories, many of us are experiencing the reality of empty arms and broken hearts because our stories aren’t blessed by the honor of motherhood.

This is my story of hope and triumph in our ongoing battle with infertility.

When we started trying to have children seven years ago, motherhood quickly became my idol.

I wanted nothing more and would settle for nothing less.

Month after month, I waited for God to part the waters of infertility and as months became years, I began to question my faith and God’s faithfulness.

During this time, I read the story of Shadrach, Meshach and Abednego in Daniel 3.

If you haven’t studied this scripture before, it’s a beautiful testimony of faith and God’s faithfulness.

Around 600 BC, King Nebuchadnezzar conquered Judah and took many Jewish people captive to Babylon. Shadrach, Meshach, and Abednego were Jewish youths who had been taken captive, educated by Babylonian standards, and were then given high positions in the king’s government.

During this time, King Nebuchadnezzar  built a golden idol of himself and commanded all of Babylon to worship this statue. He decreed whomever refused would be thrown into a blazing furnace.

Because of their commitment to worship the One True God, Shadrach, Meshach and Abednego refused to worship King Nebuchadnezzar’s golden image.

The king was furious and reminded them they would be thrown into the fiery furnace because of their refusal.

Their response to him challenges me each time I read it:

Shadrach, Meshach and Abednego replied to him, “King Nebuchadnezzar, we do not need to defend ourselves before you in this matter.  If we are thrown into the blazing furnace, the God we serve is able to deliver us from it, and he will deliver us from Your Majesty’s hand.  But even if he does not, we want you to know, Your Majesty, that we will not serve your gods or worship the image of gold you have set up.” Daniel 3:16-18 (emphasis mine)

As I read this scripture, I was deeply convicted that my faith in God had become contingent upon His answering my prayers in the exact way I wanted. I made God into nothing more than a genie in a bottle whose job was to make my wish His command.

I found my dream of being a mother had taken over my life.

And I was miserable.

By hinging my happiness upon motherhood, I had stolen my own joy.

This biblical account of three men who stood before a king and a world who demanded their worship, but chose to worship instead their God to whom they had already surrendered, challenged me to do the same.

To surrender my whole heart to my God whose plans are to give me a future and a hope. My God who uses all things for good for those who love Him.

With trepidation, I surrendered my idol.

In my obedience, I found hope.

Hope in God’s promises to prosper and not to harm and His unfailing Love.

This hope reignited the fire in my soul to love the Lord my God with all of my heart, soul and strength.

I don’t want to desire anything more than I desire God’s presence in my life.

Friends, I don’t know what your struggle is today.

But if you’re like me and you’ve wanted something so badly you’ve allowed it to become your idol, may I challenge you to lay it down?

Because y’all, the God we serve can be trusted with our dreams.

He can take the ashes of our brokenness and make them beautiful.

Because He is God, and He is good, and perfect and true.

I find myself heartbroken and frustrated over the divisions I see in so many relationships around me. We take the smallest things and make them into mountains no human can ever scale. Someone looks at us sideways, talks differently, dresses differently, or worships differently; and we jump at the opportunity to rip them to shreds with our poison tongues.

No wonder the world calls us hypocrites……we can’t even love on one another, let alone those outside our “Christian circle”

When we refuse to see beyond ourselves, we miss the opportunities God gives us to minister to and encourage one another. God tells us what He expects of us and His instruction is very clear:

Ya’ll….I am going to be very real with you. I am writing this because God has convicted me that I fall terribly short when it comes to loving others.

I try to love people, but have mercy, some people are just hard to love.

Of course when I started whining to God about how “I’m tired of trying to love on so and so” and “I don’t feel like loving on people today,” He showed me:

I am one of those hard to love people.

And you know what else God is showing me? He doesn’t command me to love people when I feel like it, or when they do things I approve of, or when they deserve it. The commandment to love others is not conditional.

Let’s not miss this.

God’s commandment to love others is not conditional.

It is not dependant on how we feel or whether someone deserves it.

It is dependent upon God and the love He has shown us and commanded us to show others.

Here is my challenge for us.

LOVE on someone you find difficult to love. Reconcile a relationship that you have allowed to falter. Encourage someone who needs encouragement. Pray for the people God has placed upon your heart today.

Be proof that God’s love is true and that His grace can really change a heart.

So, as those who have been chosen of God, holy and beloved, put on a heart of compassion, kindness, humility, gentleness and patience, bearing with one another and forgiving each other whoever has a complaint against anyone, just as the Lord forgave you, so also should you. Beyond all these things put on love which is the perfect bond of unity. Colossians 4:12-14

Father God, forgive us where we have placed ourselves and our opinions above Your truth. Help us to see people as you see them, let us see beyond the surface and minister to their hearts. God, help us to live lives that honor You. Help us to love like you love and where we have hardened our hearts, soften them and draw us closer to You. Use us as instruments of peace and do not allow us to be used for division. We love you, Lord, because You first loved us. Thank You for all that You have done and that which You have yet to do. In Christ’s name, Amen. 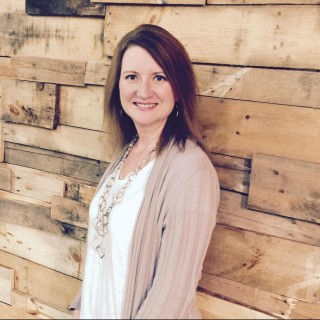